After being listed for sale in December for 3.7 million, Marco and Pepe, 289 Grove Street, is reported to be officially sold.

The original listing has been updated to reflect that it's under contract and according to these posts on JCList, the sale has been completed and the restaurant has shuttered its doors as of yesterday. The new owners are hoping to reopen as soon as possible after some minor upgrades and are intending to keep a similar feel and menu.

Named after the owners' dogs, Marco and Pepe's was inspired by old world Spanish neighborhoods. It has been a downtown fixture since the early 00's and was one of the early signs of the changes coming to Jersey City. They were critically acclaimed for over a decade and although there were some reports of it falling off in later years as staffing changed, it remained a steady and well-known presence, drawing large and loyal crowds.

Posted by Jersey City Eats at 8:17 AM

Five new dining destinations are set to hit Jersey City Heights in the near future, continuing the rapid restaurant expansion in the neighbo... 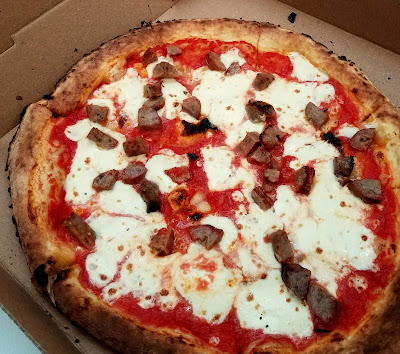